Founded in 2009, Atomy is a network marketing company that conducts direct sales in 19 different countries, including South Korea. Atomy is growing exponentially with the implementation of a consumer-oriented strategy that adheres to the principles of Absolute Quality and Absolute Price established by our founder, President Han-Gill Park.

With a progressive goal of consumer satisfaction, Atomy also consolidates the foundation of sustainable growth, focusing on three main objectives: focus on its principles, adhere to the values of growing together and maintaining a corporate culture of sharing. In 2020, Atomy annual revenue was US $ 1.73 billion and we reached the mark of 14 million registered members.

Atomy implements a consumer-oriented network marketing strategy. We select high-quality products at more affordable prices and sell them through a distribution channel capable of competing with shopping centers, discount stores, telemarketing networks and online shopping. In other words, we find products that are more competitive in quality and price than similar products distributed through other channels. Through this strategy, we are committed to achieving our ultimate goal of “achieving success that exceeds consumer satisfaction”. 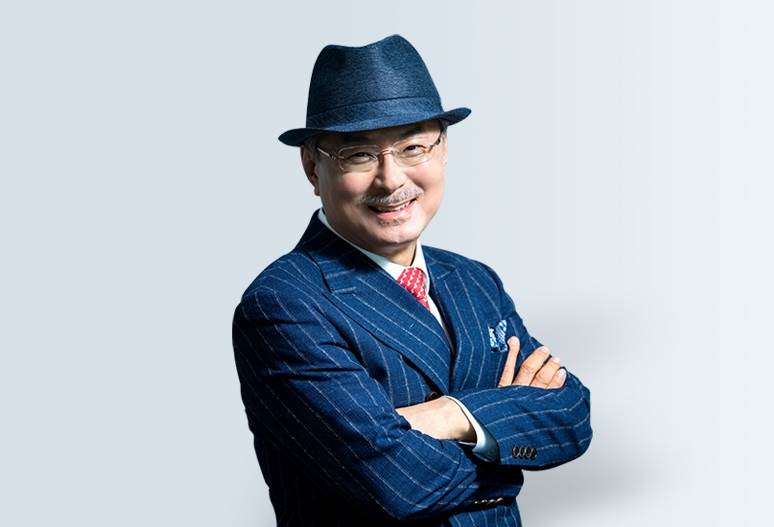 Han-Gill Park was introduced to the world of Network Marketing in his early thirties during a business trip through Australia. A system that encourages people to disclose to their friends and family about the products they are using and that they recommend and have the opportunity to be paid for doing so.

This business system enchanted Park, as it helps to establish a consumer base and allows the profits of the entire operation to be shared in a meritocratic way among all members.

So, after returning to Korea, he joined a Network Marketing company as a salesperson. In this stage, he reached the highest level of this company, but he felt that it did not really sell products with high quality nor did it have affordable prices.

He started a search to find a company that had these conditions (products with high quality and affordable prices) but he couldn’t find it. It was in this way that the desire arose that, if there was not the ideal company, he would create it. That is how Atomy came about.

The beginning of Atomy:

It all started in a ruined roast duck restaurant, located in the city of Iksan, in the southern province of Jeolla. In those days, Park owned a used car that was about to stop working at any moment, and with that car I went to the restaurant to explain my idea of ​​Atomy to 17 or 18 people who were going through very difficult times. In retrospect, this situation was quite interesting, but that was the reality of the beginning of Atomy.

Nobody wanted to invest in a newly created network marketing company and it was very difficult to recruit salespeople. In this dilapidated restaurant, Park says he told people in attendance that they could someday live in the best houses available in Iksan. He also told them that if they reached the rank of Imperial Master, he would give them a billion won (Korean currency) in cash. Most of them probably thought he was just a dreamer. However, the initial members clung to his words with hope. Today, some of them have already achieved the rank of Imperial Master and, as promised, received a billion won.

Atomy – a company that “appreciates the spirit”

People must be considered as the most valuable. Atomy follows its principles of Absolute Quality at Absolute Price, with the aim of managing “consumer success”. We base our foundation on the fact that human beings are the center of God’s creation and, as such people, are not a means to an end. The well-being of all human beings is Atomy’s ultimate goal; therefore, we will continue to be a company that loves all people, focusing our efforts on helping our members achieve success. As a result, Atomy will be a company that will grow and mature with our society.

Presentation | How it works